Bigg Boss Telugu Season 3 has had a very memorable week so far. In the previous week, there was a wide range of controversies along with some joyous and emotional movement. With every passing week, the game of the reality show is getting much fierce and tough. The road to the finale is never easy for any of the contestants.

The third season of Bigg Boss Telugu is becoming more and more like a family drama. Eliminations have been easier this time as Shilpa is deemed as the weakest link in the house. Nevertheless, the competition of this week is going to be extremely intense as the contestants are trying to reserve the best spots in the game.

The battle between Mahesh and Himaja is getting intensified 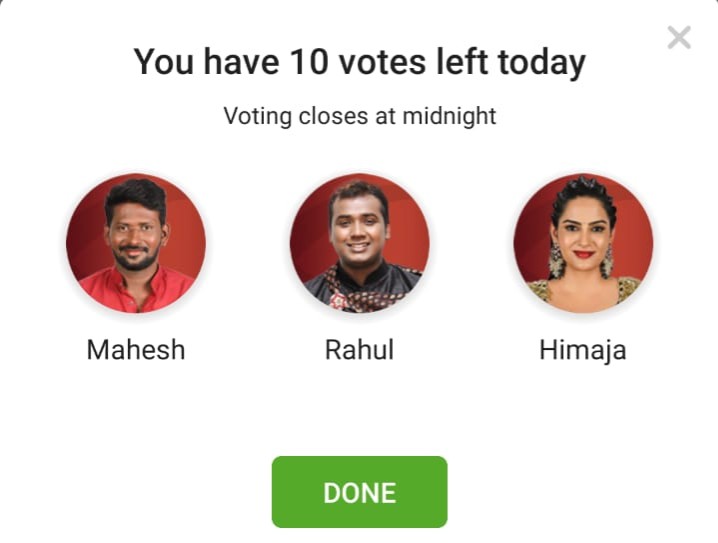 By the looks of it, Mahesh and Himaja are going to trail behind considerably when putting in contrast with Rahul. It might be very much interesting to witness how the forthcoming days are going to turn out.

Rahul Sipligunj is heading back in the eliminations after a massive break. Moreover, Rahul has been nominated constantly for six weeks. By the looks of it, it will survive the pressure successfully.

So far, Jaffar, Hema, Rohini, Tamannah, Shilpa, and Ali Reza have been eliminated from the show. In addition to this, Mahesh, Himaja, and Rahul Sipligunj are up for elimination this week.

As far as voting is concerned, Mahesh and Himaja have around 29% respectively. On the other hand, Rahul has had a voting share of 42%.