Bigg Boss Telugu 3: Varun Sandesh And Shiva Jyothi Safe | Who Is Getting Eliminated?

Yesterday, as usual Host Nagarjuna has declared that some of the nominated contestants are safe. And in week 4, Shiva Jyothi and Varun Sandesh were declared as safe leaving Ravi, Baba Bhaskar, Rahul, Rohini, and Sreemukhi in the race for elimination. Among all 4 weeks of Bigg Boss Telugu 3, This week’s elimination is considered one of the toughest. It is really hard to estimate who is going to be eliminated making the audience guess who is it going to be. Let’s guess it together.

One contestant among Ravi, Baba Bhaskar, Rahul, Rohini, and Sreemukhi will have to leave the house on Sunday. The questions are who is it going to be? Let us analyze how each contestant has performed and decide.

Performance Of Nominated Contestants In Week 4 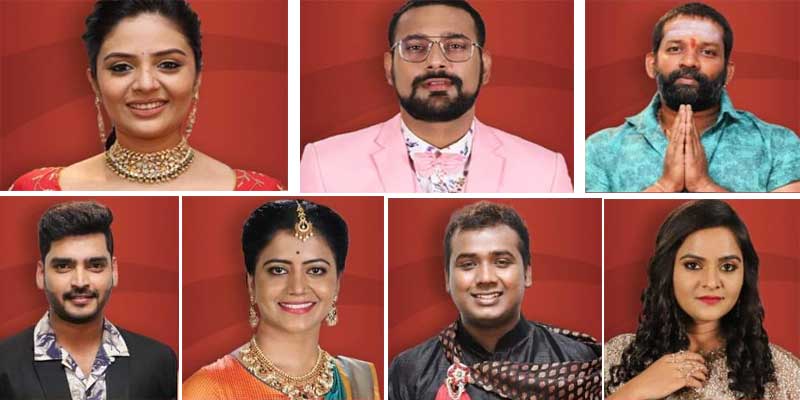 Right from the incident where she broke the glass of the locker. There has been a lot of discussion surrounding her. However, the way she is getting involved in tasks and house activities is highly appreciated. Also considering the fame and support she has, she won’t be eliminated this week.

After failing as the captain of the house, Varun Sandesh has been doing well this week. He didn’t get into any unnecessary fights and clashes. And he also got some good number of votes saving him from elimination this week.

Baba Bhaskar, as usual, is the most loved contestant in the house. He is playing the game clean. And he also developed a good number of supporters in the house. So he will be safe this week without any doubt.

Right from the incident when Tamanna bullied Ravi, he has been getting a lot of support from the audience for his patience. And he also didn’t develop any negativity around him. So most probably he will be safe.

Another contestant who is playing the game well and clean. Apart from a few wars of words that are bound to happen, Shiva Jyothi has been one of the lovable contestants resulting in her being declared as safe from elimination.

The only person Rahul has a rift with is Sreemukhi. And a few days back, both contestants have said that the rift is resolved. And Rahul is been getting good support from the audience. So there is time for him to get eliminated.

Rohini is that kind of contestant who is good with all the contestants. But that is not enough to impress the audience. Though she didn’t do anything bad, netizens and general audience think she is the one to get eliminated.

So that is what our research says, Rohini to be eliminated this week. What do you think? Do let us know by writing in the comments section below. While you are down there, tell us for whom you have voted the most this week.