The 100-day broadcast of the Kamal Hassan hosted show Bigg Boss is being broadcast over 50 days. Actress Madhumita and Abirami were fired last weekend.

The housemates have all become schoolchildren for this week’s task. Kasturi and Cheran as the teachers. Sandy, who has been mocking Kasturi from the very beginning, calls Kasturi as a teacher, not a nutritionist. Likewise, Sherin’s romance with Darshan while she was a student, Laslia’s cries, and Vanitha’s action continue.

Promo videos have been released by the show. Kasturi, who is a teacher in it, says that Vanitha will sing the duck song, and she asks Cheran to apologize for calling her a duck. A new problem is expected to erupt between Vanitha and Kasturi. Kasturi accuses Vanitha shamed her before everyone calling her fat with rude comments.

From this simple task, there seems to erupt a heated argument between Kasturi and Vanitha Vijayakumar where Vanita tries to explain to her that she never meant to Fat Shame her. The video gets more heated and heart throbbing when Kasturi hider Vanitha from explaining herself. She warns her not to lie and try to vanish the fact about commenting on her physique. She explains that she has three kids and is living a family life and cannot care less about such things. 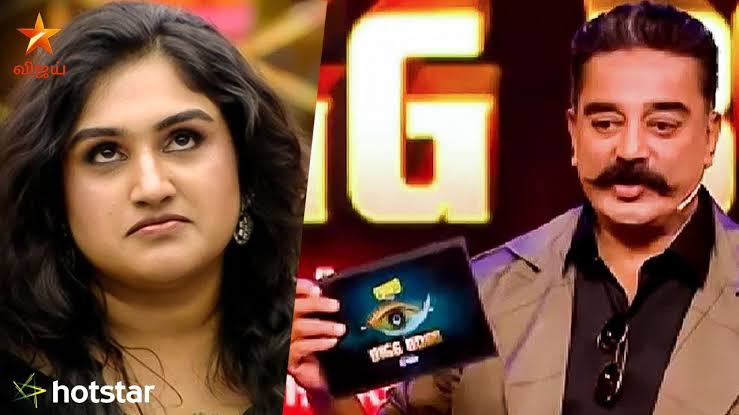 The reason behind Vanitha’s rude comments is still unknown. The audience is impatiently waiting for the next episode to air after watching this promo video.

Madhumita has kicked out in last week episode for trespassing a crucial rule of Bigg Boss Season 3. She injured herself which was considered a serious mistake from the contestant by the showrunners. Abirami Venkatachalam was also eliminated due to nominations from the other contestants.

Some audience is under the impression that Kasturi is doing this on purpose as she wants to stay as the elder person and the centre of the members in the Bigg Boss House.