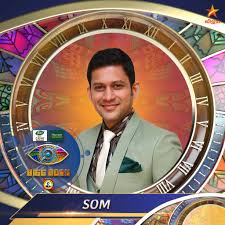 Bigg Boss Season 4 was a much-awaited show, at first, it got postponed because of the current coronavirus pandemic. The show aired a few weeks before and is being hosted by Kamal Hassan. The first entry on the show was of TV actor Rio Raj, then Sanam Shetty, Rekha who was followed by Bala, Anita Sampath, Shivani Narayana, Jithan Ramesh, Velmurugan, then with Aari. The tenth contestant was Som Sekhar. Som Sekhar is a very popular model that belongs to Tamil Nadu. Mugen Rao who is the winner of last season was also a model. Som has worked in commercials, short films, album songs, etc.

Som Is A MMA Player

Som Sekhar is a mixed martial arts player too. His picture hit the trend on social media and in 2010, he was a participant in Vijay TV Azhagiya Tamizh Magan. During his introduction, he said that he has worked hard for a decade to come here.

He also said that he wanted to work in the cinema. Som is not engaged to anyone and has female fans. It is a fact that Som Sekhar is a tough competition. And he might involve with someone as he is single. He is in touch with Mugen, the winner of last season.