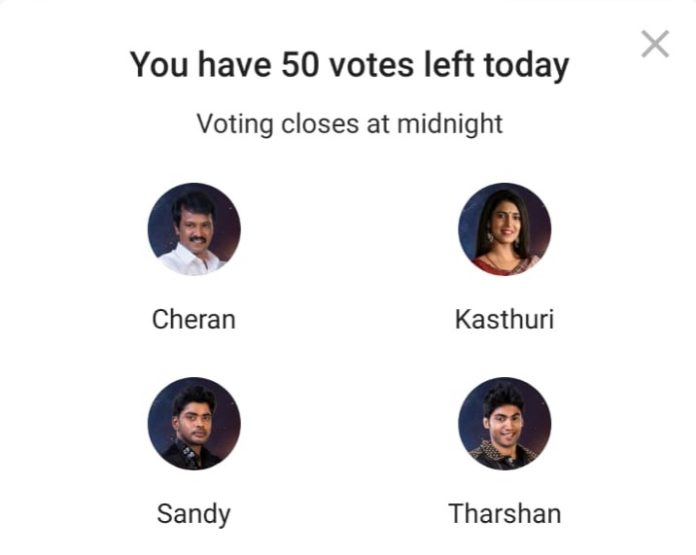 The Bigg Boss 3 Tamil, hosted by Kamal Haasan, is going to witness its next eviction in this week. There is a total of four contestants who are in the nomination zone for eviction. They are – Cheran, Kasthuri, Sandy, and Tharshan.

This weekend, we saw a lot of things happening in the house. First Madhumita who attempted suicide in the show, has left the house. Later on, on Sunday, Abhirami got eliminated from the show just like on every Sunday.

So in a matter of two days, we saw two elimination and now the next set of contestants are also nominated for elimination. Looks like everything happening fast, but that’s the nature of the show. Sometimes, it is slow and steady and sometimes pacy.

Today, to nominate contestants for elimination, each contestant was asked to choose two contestants whom who they want to nominate. This process was done in the confession room between closed doors.

Being the captain of the house, Sherin got exempted from the nomination process. Housemate Vanitha is also exempted as she is a wild card entrant so she will be having immunity for a week.

After the nomination process is completed, Bigg Boss declared that Cheran, Kasthuri, Sandy, and Tharshan are nominated for this week’s elimination with highest votes. Kasthuri got 6 votes, Cheran got 5 votes, Sandy got 3 and Tharshan got 2.

So as mentioned above, Cheran, Kasthuri, Sandy, and Tharshan are nominated for elimination this week in Bigg Boss Tamil. 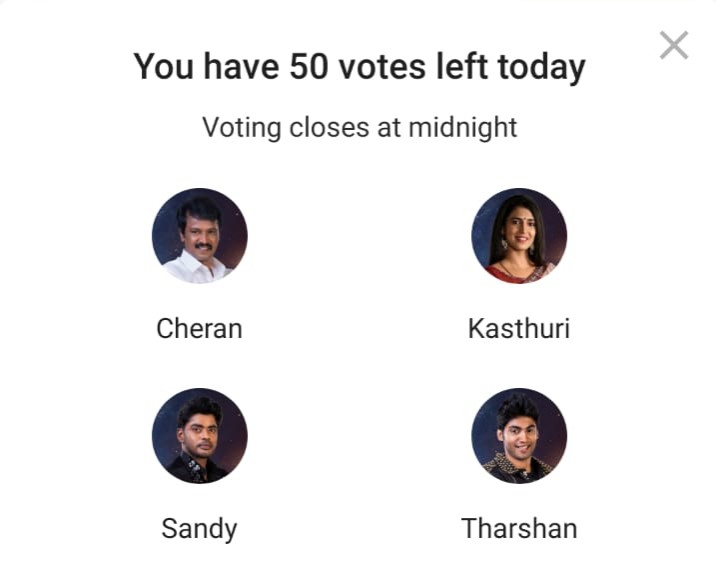