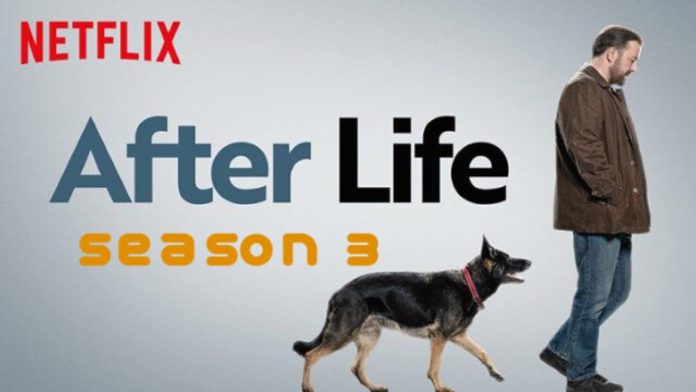 ‘After Life,’ a British black comedy-drama, is often described as a ‘dreary, sarcastic self-pity party’ that always manages to pull off its protagonist’s superiority in an enchanted way. The show has been able to pull off two successful seasons by being the favorite of both the fans and the critics.

Such an immense success could never have let Netflix go without a renewal. Hence a revival for the third season was announced by Netflix on 6 May 2020. Here are all the details.

When is ‘After Life’ Season 3 Releasing?

After Life Season 3, which is probably the last season, has begun with the filming as claimed by Ricky Gervais. He had announced on Twitter that he’d be on the sets on 19th April 2021, which will be Day 1 on the shoot. If the show gets wrapped up by June, post-production will take few more months, making the release possible only by the end of 2021 or early 2022. What to expect from ‘After Life’ Season 3?

In Season 2, we saw Tony trying hard to recover from the various losses, but life creates another setback for him as his father dies. We suspect that a formal funeral may happen in Season 3. Also, the marriage of Matt, which was trying to recover from a rough patch, may stumble again in Season 3.

Besides this, the relationship blooming between Tony and Emma and Tony’s plight to continue the newspaper will be fun to watch.

The official star cast hasn’t been announced, but our favorite Ricky Gervais is returning for sure.