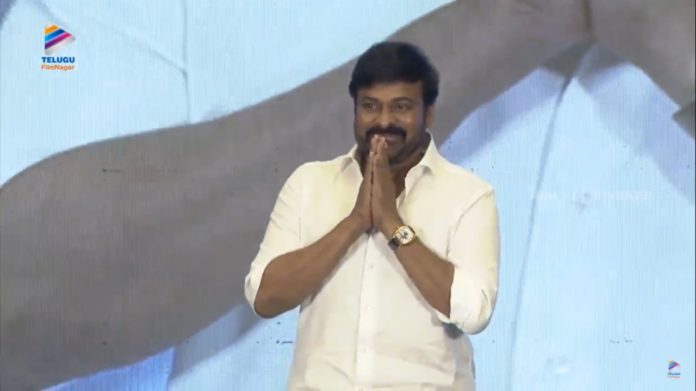 Megastar Chiranjeevi has accidentally revealed the title of his upcoming film while talking in the pre-release event of O Pitta Katha. The film is being directed by Koratala Siva. Until today, the film is known as Chiru 152.

After the tremendous success of ‘Sye Raa Narasimha Reddy, fans of Chiranjeevi all high and excited for this project. Rumors that Mahesh Babu will be playing a role in this film are also floating on social media. Only time will tell whether these rumors are true are not.